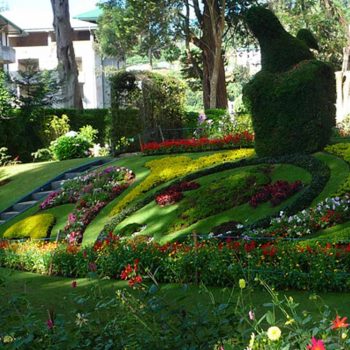 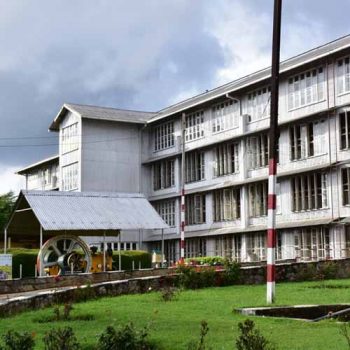 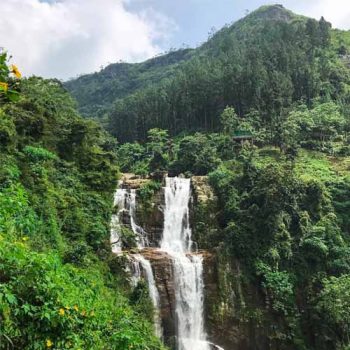 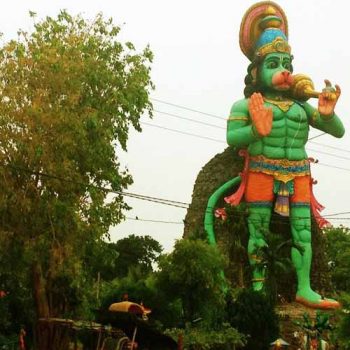 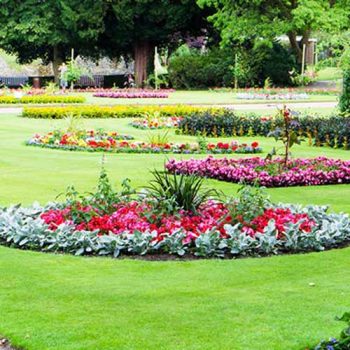 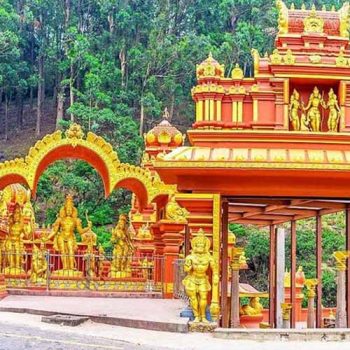 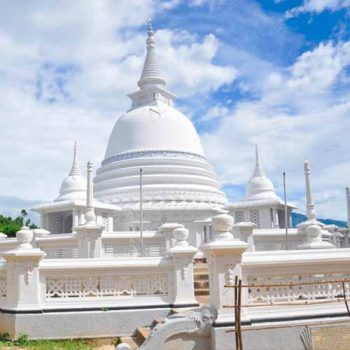 Lake View Comfort Bungalow offers you the above tour plan to make your vacation an unforgettable memory.

Arrival, Meet and greet by our representative at the Airport. Transfer to Nuwara Eliya witnessing the Ramboda Water Fall and Anjaneear Temple in Pussellawa while driving through tea plantations.

Pussellawa is the Home of 18 feet statue of Anjaneear the famous temple situated on a hill overlooking the Kotmale reservoir area, Anjaneear at this temple Thousands of devotees from India & Sri Lanka pay homage to God Hanumaan.

Get rest at lake view comfort bungalow and visit to Patthini amma temple/kovil in mahagasthota, and in evening city tour of Nuwaraeliya, visit to Pedro tea factory, get knowledge of how to tea makes after its pick from greenish tea garden in hill country. Get chance to buy fresh tea from Pedro as known as one of best tea producers in world.

Sita Amman Kovil is located about 4 km away from the Nuwara Eliya Town on the Nuwara Eliya – Bandarawela road. According to legend the temple is believed to mark the spot where Sita, was held captive by her abductor, King Ravana.

Though an average visitor might feel that the location and its surrounded green land has nothing much to offer, archeologists have discovered giant footsteps – believed to be of “Hanuman” and more ruins to look around. There is also a shrine for ‘Hanuman’ the ‘Monkey God’ within its own premises.

This temple/kovil is dedicated to “Seetha” the captive princess for her love, believe, faith, determination, honesty and loyalty towards Prince “Rama”. A believer, can still hear the silent mourns of Prince Seetha with a closer eavesdrop to the free flow of the water stream which flows next to the temple.

The epic continue with an undiscovered tale of an underground tunnel network even below water levels of this area. The area provides partial evidence on this great epic which is the higher density of the ‘Ashok Trees” in the temple area. On completion visit the Hakgala Botanical Gardens

The Hakgala Botanical Garden was one of the pleasure gardens of King Ravana of the well-known epic Ramayanaya. This garden was expanded during the British period and has a wide variety of flowers including an excellent collection of orchids. This is the exotic pleasure garden where king Ravana kept the depressed Sita, insisting that she marry him.

It was here where the heart-warming meeting took place between her and Hanuman, who brought her Rama’s ring with the news that Rama was looking for her. He offered to carry her back but she refused saying it would be an insult to Rama’s honour it in order to if he did so. Part of this majestic garden still exists. It is also said that Hanuman nearly destroyed prove to Ravana of the forces against him.

Lunch at the hotel/Restaurant.

After the lunch leave from Hakgala to visit Isthripura via Welimada.

This exotic cave still boasts the picturesque cascading waterfall that was in existence 2000 years ago. It was within this cave that Sita was held prisoner with over 1500 women to attend to her every need.

Thereafter proceed to Welimada and visit Divurumpola temple. Although this Vihara is said to be established in the 6th A.D. Polonnaruwa period it has a long history among people of having been started in the time of Rama, Rawana and Sita.

Still revered by thousands, this holy haven was the place where Sita performed her Agni Pariksha (proving her chastity) to her husband Rama. Continuing the practice for over thousands of years, villagers still pledge their fidelity or take oaths there and even in certain courts, this agreement was binding.

Since that time this place has been respected and worshiped by people down the ages. Furthermore it is said that this place was given the name “Divurumpola” or the place of making a wow. Not only in legends but this name has been inscribed in the moonstone guarding the Devale in the premises.

In the afternoon, visit Ella. Ella, a small mountain near Bandarawela, boasts three locations linked to the Ramayana where, local legend dictates, Ravana hid Sita. First there is Ravana Ella Cave, situated in the massive Ella Rock. Then there is Ravana Ella Falls and a nearby pool bored out of the rock by the gushing waters where Sita is said to have bathed.

After breakfast at Bandarawela Hotel proceed to Colombo via Ratnapura and Sitawaka, Aviswsawella

Lunch at the restaurant

Sitawaka, situated near Avissawella on a tributary of the Kelani Ganga (river).Not surprisingly it derives its name from Sita, who is supposed to have been imprisoned by Ravana in a grove in this neighbourhood.

After Breakfast proceed to the Airport for Departure